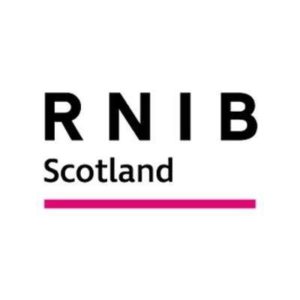 “This can put patients at risk of missing treatment as well as being confused or misinformed about their healthcare needs,” report author Laura Jones warns.  “The NHS, itself, puts great emphasis on the cost, in money and time, of missed appointments to over-burdened clinics. So giving patients accessible information makes sense.

“More worryingly, as many sight loss conditions are progressive, any delays in treatment could mean unnecessary deterioration in sight.”

The report, released today, also highlights that patient confidentiality is breached when people have to rely on carers, relatives or friends to read appointment letters, medication or test results.

“It’s now almost a decade since the passing of patient rights legislation,” said Ms Jones. “The Patient Rights (Scotland) Act 2011 and its accompanying Charter of Patient Rights and Responsibilities states: ‘You have the right to be given information about your care and treatment in a format or language that meets your needs’.”

Despite this, one person told RNIB Scotland that: “I registered for my health board’s e-comms service. However, the next time I visited the eye hospital, the administration staff in the ophthalmology department had never heard of e-comms and were unable to provide correspondence in an accessible format. As ophthalmology is one of the functions most likely to have patients who require alternative format information, I found this lack of awareness troubling and excluding.”

Another patient was sent a letter offering an appointment to discuss a cataract removal. “The letter gave me seven days to acknowledge and confirm the appointment by phone,” he said. “If not done so, I would be placed at the end of the waiting list, effectively adding another four months’ delay before being able to see someone at the hospital. If I missed the deadline again, the entire case would be cancelled, and I would require a new referral from my optician. I suffer from a chronic pain condition and was unable to use my scanner to read the letter. By the time someone visited me, and was able to read the letter to me, the appointment had lapsed.”

The report found that some patients were still not informed they could request information in alternative formats, while others were bluntly told that they could cope without one. Some lacked confidence to request accessible formats as they didn’t want to be considered ‘a burden’ or ‘difficult’, or even didn’t feel ‘worthy enough’.

Increasingly, healthcare information is being communicated online, the report notes.

But levels of digital uptake can be significantly lower for people with disabilities, said Ms Jones. “Visual barriers such as inconsistent font-sizes prevent blind and partially sighted people from accessing information with ease. And while there have been advances in screen-reading software, such supportive technology can be expensive.”

The report is being launched today in Glasgow by Stuart McMillan MSP, chair of the Scottish Parliament’s cross-party group on visual impairment.

RNIB Scotland is calling for each of the country’s 14 health board to ensure that accessible information policies are fully implemented to prevent unnecessary anxiety to people with sight loss. It is also calling for awareness training for all healthcare staff on the implications that sight loss can have on communication with patients.