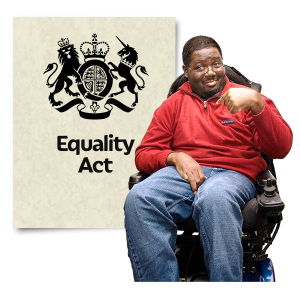 brings together over 116 separate pieces of legislation into one single Act. Combined, they make up a Act that provides a legal framework to protect the rights of individuals and advance equality of opportunity for all.

The Act simplifies, strengthens and harmonises legislation to provide Britain with a discrimination law which protects individuals from unfair treatment and promotes a fair and more equal society.

The nine main pieces of legislation that have merged are: